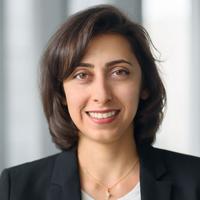 Principal agent games are a growing area of research which focuses on the optimal behaviour of a principal and an agent, with the former contracting work from the latter, in return for providing a monetary award. While this field canonically considers a single agent, the situation where multiple agents, or even an infinite amount of agents are contracted by a principal are growing in prominence and pose interesting and realistic problems. Here, agents form a Nash equilibrium among themselves, and a Stackelberg equilibrium between themselves as a collective and the principal. We apply this framework to the problem of implementing Renewable Energy Certificate (REC) markets, where the principal requires regulated firms (power generators) to pay a noncompliance penalty which is inversely proportional to the amount of RECs they have. RECs can be obtained by generating electricity from clean sources or purchasing on the market. The agents react to this penalty and optimize their behaviours to navigate the system at minimum cost. In the agents' model we incorporate market clearing as well as agent heterogeneity. For a given market design, we find the Nash equilibrium among agents using techniques from mean field games. We then use techniques from extended McKean-Vlasov control problems to solve the principal (regulators) problem, who aim to choose the penalty function in such a way that balances environmental and revenue impacts optimally. We find through these techniques that the optimal penalty function is linear in the agents' terminal RECs.