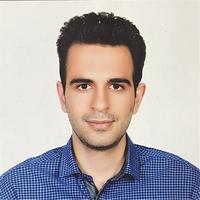 The increasing penetration of renewable energy in power systems calls for secure and reliable system operations under significant uncertainty. To that end, the chance-constrained AC optimal power flow (CC-ACOPF) problem has been proposed. Most research in the literature of CC-ACOPF focuses on one-sided chance constraints; however, two-sided chance constraints (TCCs), albeit more complex, provide more accurate formulations as both upper and lower bounds of the chance constraints are enforced simultaneously. In this work, we introduce a fully two-sided CC-ACOPF problem (TCC-ACOPF), in which the active/reactive generations, voltages, and approximated power flows all remain within their upper/lower bounds simultaneously with a predefined probability. Instead of applying Bonferroni approximation or scenario-based approaches, we present an efficient second-order cone programming (SOCP) approximation of the TCCs under Gaussian Mixture (GM) distribution via a piecewise linear (PWL) approximation. Compared to the conventional normality assumption for forecast errors, the GM distribution adds an extra level of accuracy representing the uncertainties. Moreover, we show that our SOCP formulation has adjustable rates of accuracy and its optimal value enjoys asymptotic convergence properties. Furthermore, an algorithm is proposed to speed up the solution procedure by optimally selecting the PWL segments. Finally, we demonstrate the effectiveness of our proposed approaches with both real historical data and synthetic data on the IEEE 30-bus and 118-bus systems. We show that our formulations provide significantly more robust solutions (about 60% reduction in constraint violation) compared to other state-of-art ACOPF formulations.

Biography: Abolhassan Mohammadi Fathabad is a recent PhD graduate in Systems Engineering at the Department of Systems and Industrial Engineering at the University of Arizona. His research is focused on Optimization under Uncertainty, and he has contributions in the distributionally robust optimization and chance-constrained optimization areas. Moreover, his research is applied to various problems in renewable energy planning domain. He obtained his Master’s degree in Statistics and Data Sciences from the Graduate Interdisciplinary Program in Statistics and Data Sciences from the University of Arizona in 2021, and his Bachelor in Industrial Engineering from the University of Tehran in 2016. His work is published in well-known journals such as "IEEE Transactions on Power Systems."