Optical transport networks are evolving toward a new paradigm called Elastic Optical Networks (EON), taking advantage of the flexibility and efficient utilisation of the optical spectrum. Flexibility is achievable through emerging sliceable bandwidth variable transponders that support the simultaneous generation of multiple optical carriers. Efficient use of optical spectrum is possible through advances in reconfigurable optical add-drop multiplexers, which are now capable of switching slices smaller than 50 GHz - which is the pattern for the actual fixed-grid DWDM Systems.

As technology evolves, we have to analyse its impact on the network architecture and topology structure and possibly edit them to take advantage of that technology to benefit performance. In this seminar, we will discuss this paradigm and present some arising problems in network engineering involving graphs — for example, the Quadratic Assignment Problem and Graph Editing of Virtual Topologies Based on Modulation Formats. 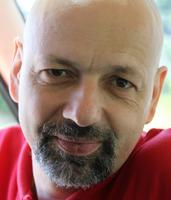