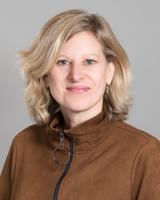 We explore the potential of using the internal model principle of control theory to explain the cerebellum, a major component of the brain. The cerebellum is involved in motor control, motor learning, posture and balance, gait control, eye movement, language regulation, emotion regulation, etc. It has been described as regulating and coordinating all movements of precision. Neuroscientists hypothesize that the cerebellum contains forward or inverse models of the systems it regulates. Unfortunately, conclusive experimental proof that this hypothesis is correct has not been forthcoming, despite a 30 year effort. In this talk we describe an alternative approach to modeling the cerebellum, based on a hypothesis that its primary function is disturbance rejection. The key method in control theory that allow us to model the cerebellum is adaptive internal models. Evidence of the efficacy of our approach is given in terms of the slow eye movement systems and visuomotor adaptation. We conclude the talk with implications for control theory.