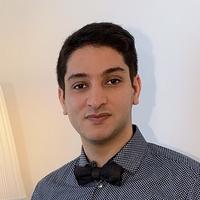 Replacing fossil fuels with renewable energies (RE) is the primary solution to overcome the issue of global warming. However, as RE are inherently intermittent, a large integration of them in electricity networks poses serious operational challenges, such as the reduction of reliability and stability of the network. One potential solution is demand response (DR), which is defined as the shifting of demand by consumers, in response to supply-side incentives offered at times of high wholesale market prices or when system reliability is jeopardized. In this talk, we introduce demand response uncertainty (DRU) into a large-scale capacity expansion planning problem, called ETEM, and cast it as a multi-period adjustable robust optimization problem. To solve the robust ETEM (R-ETEM), we conservatively approximate the problem using affine decision rules and develop an enhanced version of Benders decomposition to efficiently solve the approximated problem. Then, in a next step, we exclusively focus on the DR provided by a large fleet of EVs connected to the electricity network and simulate the average battery charging behavior of EV users using a linear quadratic game. we propose a coupling algorithm between the R-ETEM and the charging behavior model to adjust the level of uncertainty in R-ETEM. A case study, based on the energy system of the “Arc Lémanique” region evaluates the performance of our approach.