Home Events Submodular Mean Field Games: From Examples to a General Formulation
Back to activities
iCalendar 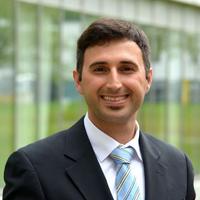 In the first part of the talk, Jodi Dianetti presents some results on the existence and approximation of solutions for a class of mean field games with common noise and the related system of McKean-Vlasov forward-backward stochastic differential equations. In particular, some structural conditions are proposed, which are related to the submodularity of the underlying mean field game and are sort of an opposite version of the well known Lasry-Lions monotonicity condition. By reformulating the representative player minimization problem via the stochastic maximum principle, the submodularity conditions allow to prove comparison principles for the forward-backward system, which correspond to the monotonicity of the best reply map. Building on this property, existence and approximation of strong solutions is shown via Tarski's fixed point theorem.

In the second part of the talk, Max Nendel provides an abstract framework for submodular mean field games and identifies verifiable sufficient conditions that allow to prove the existence and approximation of strong mean field equilibria in models, where data may not be continuous with respect to the measure parameter and common noise is allowed. The setting is general enough to encompass qualitatively different problems, such as mean field games for discrete-time finite-space Markov chains, singularly controlled and reflected diffusions, and mean field games of optimal timing. The analysis hinges on Tarski's fixed point theorem, along with technical results on lattices of flows of probability and sub-probability measures.

The talk is based on joint work with Giorgio Ferrari and Markus Fischer.

Biography: Short bio (Max Nendel): Max Nendel currently holds a position as an assistant professor for mathematical economics and finance at Bielefeld University. Moreover, he is a principal investigator in the Bielefeld Collaborative Research Center 1283, funded by the German Research Foundation. He completed his Ph.D. in Mathematics in 2018 at the University of Konstanz under the joint supervision of Michael Kupper and Robert Denk. His scientific work focuses on mean field games as well as model uncertainty in dynamical systems with applications in actuarial science and finance. He mainly publishes in journals in the areas of pure and applied mathematics, such as The Annals of Applied Probability, Journal of Evolution Equations, SIAM Journal on Control and Optimization, Mathematical Finance, and Insurance: Mathematics and Economics.

Short bio (Jodi Dianetti): Jodi Dianetti is currently a postdoctoral researcher at Bielefeld University's Center for Mathematical Economics, where he also obtained his Ph.D. in Mathematics in 2021 under the supervision of Giorgio Ferrari. Prior to his Ph.D. studies, he received his master degree in mathematics from the University of Padua in 2017. His research interests focus on stochastic singular control problems, stochastic differential games, mean field games and their connections with PDE theory and stochastic analysis.