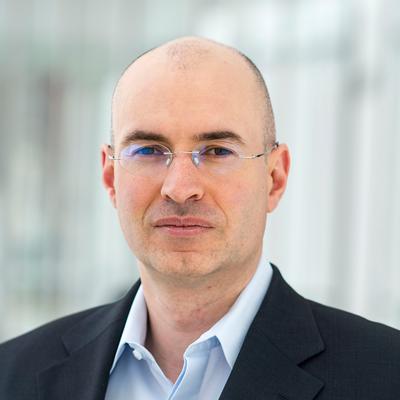 We derive the mean-field limit for multi-agent systems on a large class of sparse graphs. More specifically, the case of non-exchangeable multi-agent systems consisting of non-identical agents is addressed. The analysis does not only involve PDEs and stochastic analysis but also graph theory through a new concept of limits of sparse graphs (extended graphons) that reflect the structure of the connectivities in the network and has critical effects on the collective dynamics. In this article some of the main restrictive hypotheses in the previous literature on the connectivities between the agents (dense graphs) and the cooperation between them (symmetric interactions) are removed. This is a joint work with D. Poyato and J. Soler.

Biography: Pierre-Emmanuel Jabin is currently professor at the Pennsylvania State University since August 2020. He was a student of Ecole Normale Supérieure from 1995 to 1999; he earned his Ph.D. in 2000 and his HRD in 2003 both at Université Pierre et Marie Curie (Paris VI). Jabin was an assistant professor (agrégé-préparateur) at the Ecole Normale Supérieure in Paris from 2000 to 2004. He then became professor in the J.-A. Dieudoné laboratory at the Université Nice-Sophia Antipolis in France from 2004 to 2011, and held a visiting faculty position at the Institute for Research in Informatics and Automatics in Sophia-Antipolis, France, from 2007 to 2011. He was more recently a professor at the University of Maryland from 2011 to 2020, where he was also director at the Center for Scientific Computation and Mathematical Modeling from 2016 to 2020. Jabin was an invited speaker at the International Congress of Mathematicians in Rio de Janeiro in 2018: See: https://sites.psu.edu/pejabin/home/.