Our results are an important step toward computing the conjugate of a piecewise quadratic function, and further in obtaining explicit formulas for the convex envelope of piecewise rational functions.

This is joint work with MSc D. Kumar.

Bio: Dr. Yves Lucet received his PhD in convex analysis and optimization in 1997 from Universite de Toulouse III, France. He moved to Canada for a postdoctoral fellowship between Simon Fraser University, University of Edmonton, and University of Victoria. In 2002, he accepted a faculty position in what became the Okanagan campus of the University of British Columbia at which he is a professor of computer science. He has been pursuing his research in computational convex analysis with recent focus on conjugate, biconjugate and convexity detection algorithms. He is also interested in modeling and optimization, and has a long running project with industry-sponsored funding on the optimization of road designs. 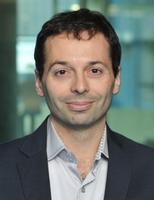