The game considered here, appears naturally when modeling an economy in which a government (i.e., a principal) wants to incentivize the economic agents (i.e., business managers) to move away from a “Business As Usual” (BAU, for short) paradigm that is regarded, by the government, as a trap for the economy. The government can only help to find a way out from the trap by proposing rewards, paid at the end of a given economic cycle of period T > 0, to the business managers.

In this framework, the government is unable to monitor/control directly the behavior of the representative agent. Thus, the whole forms a finite time horizon game and the principal has to solve a second best (or moral hazard) problem. By investigating the form of the rewards (or contracts) that the principal can offer, we show that the solutions of this game can be characterized through the solutions of a classical stochastic control problem.

We further show that uniqueness is guaranteed for the game with common noise and may fail, for the game without common noise. When uniqueness fails, one has to select (and implement) a solution. We contrast two selection approaches, one for which the principal wants to maximize its performance and another for which the representative agent wants to minimize its risk. 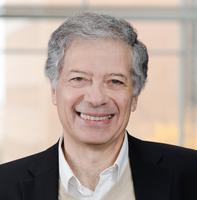