The growing concern about the environmental impacts caused by energy generation has incentived investments in renewable energies and in demand response (DR). With that, there are new challenges to operate the power grid, since renewable energy generation is intermittent and DR resources are dispersed. In light of that, an entity called aggregator was created to aggregate DR resources and facilitate its management. However, deciding how to allocate the aggregators resources is a challenge. In this project, we develop a short-term horizon model for allocating optimally the aggregators and generators resources when supplying unexpected demand on the power grid considering the network topology. This model is developed aiming to maximize the revenue of the generators in exporting energy by minimizing the cost of either generating more energy or calling upon aggregators to use DR resources. 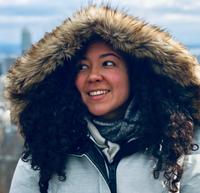