The survivorship bias in credit risk modeling is the bias that results in parameter estimates when the survival of a company is ignored. We study the statistical properties of the maximum likelihood estimator (MLE) accounting for survivorship bias for models based on the first-passage of the geometric Brownian motion. We find that if we neglect the survivorship bias, then the drift has a positive bias that may not disappear asymptotically. We show that correcting the survivorship bias by conditioning on survival in the likelihood function underestimates the drift. Therefore, we propose a bias correction method for non-iid samples that is first-order unbiased and second-order efficient. The economic impact of neglecting or miscorrecting for the survivorship bias is studied empirically based on a sample of more than 13,000 companies over the period 1980 through 2016 inclusive. Our results point to the important risk of misclassifying a company as solvent or insolvent due to biases in the estimates. 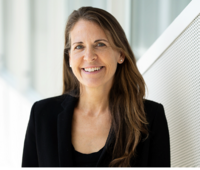