This presentation will discuss a set of real-time, short, medium and long term optimization modules currently used by operations planning engineers as decision support tools to optimize the operation of the BC Hydro system in British Columbia, Canada. We first outline the Grant-In-Aid Agreement between BC Hydro and UBC and then present the modeling framework and research program supported by BC Hydro and the Natural Sciences and Engineering Research Council of Canada (NSERC). We also describe our ongoing research and development efforts to extend and enhance the decision support tools we have developed under the Grant-In-Aid Agreement with BC Hydro to address long term capacity expansion and operations planning of the BC Hydro system, reliability of the water passage and control facilities (e.g., spillway and turbine gates), and to address flood risk management of small hydro facilities.

Biography: Dr. Ziad Shawwash holds the BC Hydro's Assistant Professorship in Hydropower Engineering at the Department of Civil Engineering, University of British Columbia Canada. He teaches undergraduate and graduate courses on water resource engineering and on the design and operation of hydropower systems and directs research at UBC and BC Hydro with the support of BC Hydro and the Natural Sciences and Engineering Research Council of Canada (NSERC). 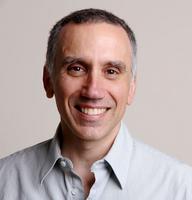