We study convergence and convergence rates for resampling. Our first main result is a general consistency theorem based on the notion of negative association, which is applied to establish the almost-sure weak convergence of measures output from Kitagawa’s (1996) stratified resampling method. We introduce a new resampling algorithm based on a stochastic rounding technique of Srinivasan (2001), which shares some attractive properties of systematic resampling, but which exhibits negative association and therefore converges irrespective of the order of the input samples. We confirm a conjecture made by Kitagawa (1996) that ordering input samples by their states in R yields a faster rate of convergence; we establish that when particles are ordered using the Hilbert curve in R d, the variance of the resampling error is \(O (N −(1+1/d))\) under mild conditions, where N is the number of particles. 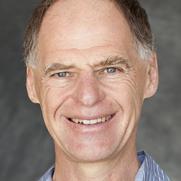