The need for network optimization is pervasive, from the coordination of distributed energy resources in power networks to multi-sensor fusion and motion coordination in robotic networks, passing through traffic coordination at intersections of networked vehicles. From a systems and control perspective, such optimization problems pose formidable research challenges in order to guarantee the reliable, efficient, and safe operation of networked systems in real-world applications. This talk describes our progress on engineering networks with predictable behavior through the design of distributed coordination strategies. We deal with network optimization problems defined by separable convex objective functions encoding goals and performance metrics, and constraints that couple the state of individual agents encoding physical, communication, or operational specifications. In our discussion, we pay particular attention to establishing guarantees on algorithm correctness, characterizing the algorithm robustness against disturbances and communication link failures, and synthesizing opportunistic state-triggered coordination strategies for the efficient use of the available resources.

Bio: Jorge Cortes is a Professor with the Department of Mechanical and Aerospace Engineering at the University of California, San Diego. He received the Licenciatura degree in mathematics from the Universidad de Zaragoza, Spain, in 1997, and the Ph.D. degree in engineering mathematics from the Universidad Carlos III de Madrid, Spain, in 2001. He held postdoctoral positions at the University of Twente, The Netherlands, and at the University of Illinois at Urbana-Champaign, USA. He was an Assistant Professor with the Department of Applied Mathematics and Statistics at the University of California, Santa Cruz from 2004 to 2007. He is the author of "Geometric, Control and Numerical Aspects of Nonholonomic Systems" (New York: Springer-Verlag, 2002) and co-author of "Distributed Control of Robotic Networks" (Princeton: Princeton University Press, 2009). He received a NSF CAREER award in 2006 and was the recipient of the 2006 Spanish Society of Applied Mathematics Young Researcher Prize. He has co-authored papers that have won the 2008 IEEE Control Systems Outstanding Paper Award, the 2009 SIAM Review SIGEST selection from the SIAM Journal on Control and Optimization, and the 2012 O. Hugo Schuck Best Paper Award in the Theory category. He has been an IEEE Control Systems Society Distinguished Lecturer (2010-2014) and is an IEEE Fellow. 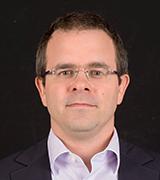